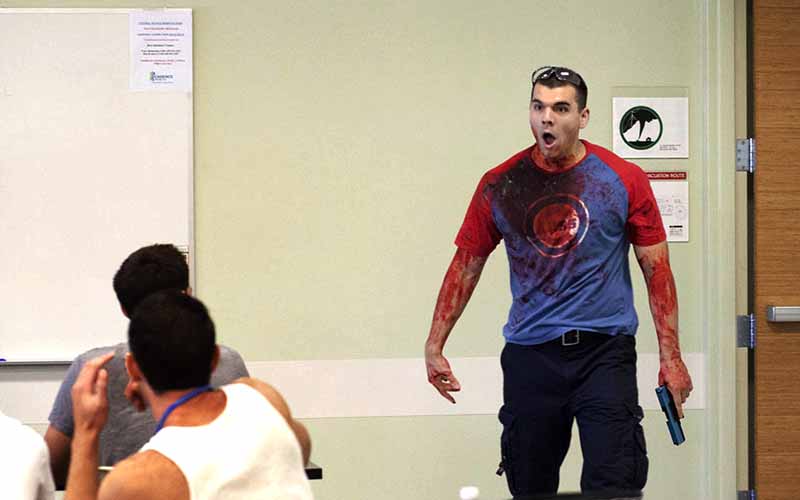 I’m sure our grandparents must have shared our modern-day perspective of the state of the world. After all, in 1950, the Civil Defense Duck and Cover protocol aimed to prepare people for what many saw as imminent; a Soviet nuclear strike. The order of operations was to first, try to get shielded; second, drop flat on the ground or floor; and finally, bury your face in your arms. As it would turn out, the threat never materialized and the Duck and Cover protocol ran its course. Meanwhile, society evolved.

As we navigate holiday engagements and contemplate New Year’s Resolutions for 2018, surely we cannot be naive to the threats of the modern day. Fresh in our minds (or as distant as our minds tend to place it) is the recent mass casualty shooting event of Las Vegas, Nevada. As you know, a lone gunman killed 58 people and injured an additional 489 concertgoers who were essentially corralled. Since the gunman’s position was not immediately known by the majority of attendees, I suspect it was difficult to ascertain the best course of action. Many people ran, and many of them far away. Many ducked and covered. Many hid as best they could. But no one was presented with fighting. It was beyond their control, which left three options as I observed: Run. Hide. Play Dead.

It was dark, and many people were ducking, covering, and even laying down, not withstanding the injured and deceased. In this quantity of people, playing dead may have been an effective measure of survival. Even if it was, playing dead is a gamble. Running and hiding are paramount to survival and always have been. Fighting is a last resort, one of which may be a “darned if you do and darned if you don’t” scenario. But at least you’d have a chance. Playing dead? I don’t know, but it works for an opossum.

The year 2017 was fraught with disasters, both natural, accidental, and manmade. Our government is regularly mandating emergency preparedness principles to organizations within its oversight, but those mandates seldom reach the private sector. I’d like to see the business community consider an evaluation of their level of preparedness and their hazard vulnerability. It’s not always as simple as Duck and Cover, Stop, Drop, and Roll, or Run, Hide, Fight.us.